B10 Biodiesel Programme Due to be Unveiled by End of 2018

In a report in The Star Online, The Primary Industries Ministry have been reported that they will reveal the implementation of the B10 (10% palm methyl ester with 90% petroleum diesel) programme in the transport sector by year-end. This though will be subject to a process of approval by the Cabinet.

B10 Biodiesel Programme to be Launched by the End of 2018 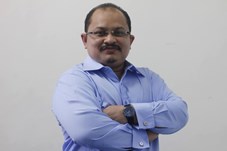 On top of this, the Deputy Minister told The Star Online that “the implementation of the biodiesel programme had been deferred since June 2016. This has been on the whole due to specific technical issues and a wide price gap between Brent crude and crude palm oil.”

Shamsul Iskandar additionally explained in a statement to The Star Online that “in the current situation, the price gap between both is narrowing, thus making higher blending of biodiesel with respect to the B10 programme more viable to be implemented in due course”.

He was referring to his statement reported by Nikkei Markets that Malaysia will only implement the B10 programme starting from the second half of 2019.

Richard Wilson is a correspondent for Truck & Bus News. Since 2015, Richard has worked as a correspondent for all of the titles across the Valebridge Publications Ltd Group namely: Retreading Business, Tyre & Rubber Recycling, The Tyreman and Commercial Tyre Business. Richard has worked on/off from the age of 16 for the company and whilst gaining a Bachelor's Degree in Spanish and Business Studies at Coventry University, he developed his writing skills at the University paper and more recently writing his own independent blog.